Stimulus $ - How it's spent

Email ThisBlogThis!Share to TwitterShare to FacebookShare to Pinterest
Labels: Stimulus '09

NOT VERY COMFORTING...THIS WEEK...'OUR GOVERNMENT'!
I'd rather see our stimulus $ going to this situation....and never mind worrying about global warming!

Check this one out - cloud-maker boats!

CERN's collider to get 'safe' start in November

When Mortals Work on Cosmic Time

"And last week, the laboratory where the accelerator is located announced that when it finally starts smashing particles together this winter, it will run at only half power because of a disastrous electrical short that caused extensive damage and revealed problems with the experiment itself."

Email ThisBlogThis!Share to TwitterShare to FacebookShare to Pinterest
Labels: CERN

Lopez: Abortion can't be swept aside in the health care reform debate 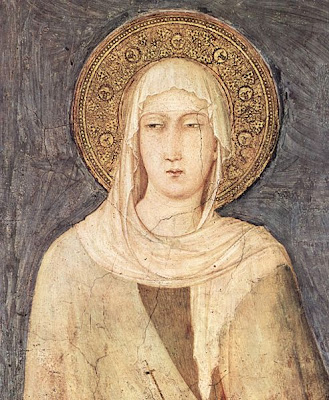 PRAYER OF THE CHURCH

We beseech Thee, O Lord, grant us Thy servants who devoutly celebrate the feast day of the holy virgin Clare, to be made partakers of the joys of heaven and co-heirs of Thy only-begotten Son. Who livest and reignest forever and ever. Amen.
at 8/11/2009 08:44:00 AM No comments:

This is what is being used concerning the Health Care Bill....the Town Hall Meetings...think about it.....


DO all things in charity! CHARITY FIRST!

Consensus is also known as the 'Delphi Technique':

CONSENSUS IS KILLING US! 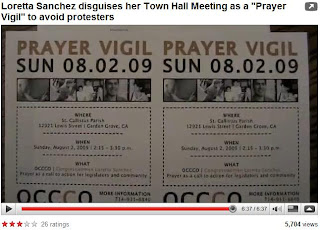 I don't get it - A Weak Reaction to 'Snitch' Plan

Obama Health Care - Summer of '09 - "The Summer of Dissent & Discontent"