St. Catherine of Siena pray for us! 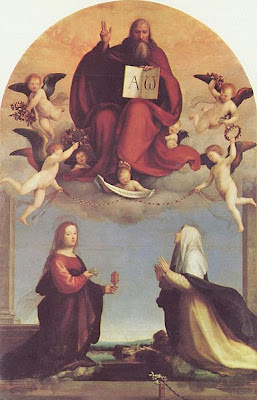 St. Catherine of Siena, pray for me!

Hey Kids, Check Out Lil’ Trigger In His Elephant Costume

Little baby Trig must be so glad he wasn’t aborted for this, his first Halloween, because his parents dressed him up like a political party symbol to be carried around at snarling political events. Aww. Isn’t life just grand?

YES, LIFE IS GRAND!
LIFE & LIBERTY!
THANK YOU GOD!
PRINT this piece out...sit before HIM in the Blessed Sacrament and pray for these people...and then take the column and pictures with you to VOTE!!!

Homosexuality and the priesthood revisited

“The candidate does not necessarily have to practice homosexuality (to be excluded.) He can even be without sin. But if he has this deeply seated tendency, he cannot be admitted to priestly ministry precisely because of the nature of the priesthood, in which a spiritual paternity is carried out.

Here we are not talking about whether he commits sins, but whether this
deeply rooted tendency remains.”

Bishop Morin establishes task force to review CCHD funding of ACORN
O Mary, conceived without sin, pray for us who have recourse to thee!
at 10/31/2008 11:52:00 AM No comments:

Commending the Bishops
Faithful Catholics in the US have been both stunned and gratified by the recent show of episcopal strength in dealing with the heretical nonsense of "Catholics" in public life who clearly misrepresent the Church's teaching on vital issues. To date, more than fifty bishops have spoken out about this kind of misconduct or issued guidelines about voting at this critical juncture in our nation's history. The trend is truly heartening. Let's pray that it continues! Much more could be done, of course, but I am grateful that more bishops are standing up to strengthen and protect the faith of millions. Many have been longing for this show of valor from our fathers in the faith - and yes, they are our spiritual fathers. When they are strong, we are strong; and when they are weak - the flock is ravaged by wolves.
A few bishops deserve special mention. A good example is Bishop Jaime Soto of Sacramento, CA, who stood up before the misnamed "Catholic Gay and Lesbian" conference last month and proclaimed the Church's natural law teaching that homosexual acts are mortal sins. A whole group walked out of his speech in protest, and he was reviled afterward for daring to present Catholic teaching to them. The organizer of the conference actually apologized to the attendees for the talk! Bishop Soto made no apologies though. Likewise, San Diego Auxiliary, Bishop Salvatore Cordileone, has been the strongest champion of the legal effort to define marriage as between one man and one woman to combat the radical homosexual lobby in California.
Nor can we fail to mention the strong pro-life stances of Archbishops Burke (now in Rome) and Chaput (Denver) as well as Bishops Vasa (Baker, OR), Farrell and Vann (Dallas, TX), Martino (Scranton, PA) and Mallooly (Wilmington, DE) who are representatives of a group of other bishops who have made their voices heard forcefully on the Catholic voting issue.
It is not just in the US, however, where bishops have been applying their authority in an astonishing fashion. Here are just a few more of the good things happening around the world in the episcopal college:
The Bishops of Canada issued a statement criticizing the bestowing of Canada's highest honor, the Order of Canada, on extreme abortionist Henry Morganthaler as if he were an example of all that makes Canada proud. Cardinal Turcotte of Montreal actually returned his own Order of Canada medal as a sign of protest to this mockery; John Cardinal Njue of Nairobi, Kenya recently issued a marvelous, hard-hitting pastoral letter to his Archdiocese concerning the efforts to legalize abortion in that pivotal African country which to date has been such a stronghold against the culture of death; The Philippines Episcopal Conference came out forcefully against the US- and UN-inspired Reproductive Health Bill which attempted to legalize every form of perversion on that Catholic populace; the bill was subsequently defeated but the bishops know that theirs is a regular battle in which they must engage for the souls of their people.
Thankfully, there are many more examples of episcopal courage that we could add to the reflections but suffice it to say that there seems to be a new wind blowing through the College of Bishops all around the world these days. Perhaps that wind is originating from Bavaria, but whatever its origin, let us continue to pray for our bishops and priests who are always on the firing line between the culture of life and the culture of death. We also need to thank them personally when they speak out in order to encourage them to do even more! Now that the example has been set, let us hope that other bishops and priests will have the audacity of our hope in Christ to go out and do the same!

An Acorn Whistleblower Testifies in Court

Ms. MonCrief, 29, never expected to testify in a case brought by the state's Republican Party seeking the local Acorn affiliate's voter registration lists. An idealistic graduate of the University of Alabama, she joined Project Vote in 2005 because she thought it was empowering poor people. A strategic consultant for Acorn and a development associate with its Project Vote voter registration affiliate, Ms. MonCrief sat in on policy-making meetings with the national staff. She was fired early this year over personal expenses she had put on the group's credit card...

The Catholic Campaign for Human Development (annual collection to occur November 23, 2008) gave $1,076,000 to ACORN in 2007. (That's one million, seventy six thousand dollars) PROOF! (DOWNLOAD NOW before it gets yanked!)

And...questions...how long has this been going on?!

GET THE WORD OUT!

SPREAD THESE FAR AND WIDE! (THERE ARE 3 PARTS)

SPREAD THESE FAR AND WIDE!

SPREAD THESE FAR AND WIDE!

Are you your brother's keeper?

Rosary - Did you say yours today?! 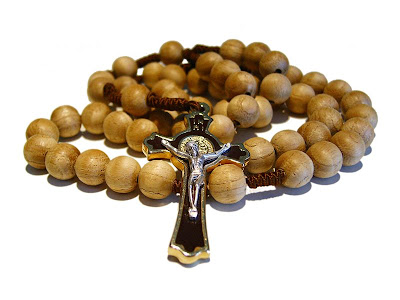 Email ThisBlogThis!Share to TwitterShare to FacebookShare to Pinterest
Labels: Rosary

Pick up the phone and call the LA Times

Who Is Rashid Khalidi?

Email ThisBlogThis!Share to TwitterShare to FacebookShare to Pinterest
Labels: Obama

Defining Problems With Socialism For The Post-Cold War Generation

But decades later, in a new preface, the Nobel Prize winner wrote that "socialism has come to mean chiefly the extensive redistribution of incomes through taxation and the institutions of the welfare state." Yes, that's Obama's economic plan.

He concluded that even this softer socialism means reduced economic liberties, opportunities and living standards for all.

So to get from theory to practice, force must be used. Wealth must be taken by the state and not by a faceless bureaucratic machine, but rather by flawed humans with their own selfish ambitions and ulterior motives. They decide who gets what, taking cuts for themselves and their cronies in the process.

They see capitalism with its profit motive as vulgar and immoral because it's at odds with altruism the idea that the general welfare of society is the proper goal of individuals.

What they fail to realize is society is the greatest beneficiary of our system of rational self-interest. The poorest of the poor and the laziest of the lazy still benefit from the genius of the entrepreneur and the risk-taking of the venture capitalist.

Almost every modern-day invention, from lifesaving drugs to computer software, was inspired by profit, not public welfare. Yet everyone shares in the greater efficiencies, cost savings, life expectancies and job opportunities created by the inspiration and perspiration of money-hungry individuals.

No system in history has created more wealth, per capita, over a shorter time than unbridled American capitalism.

If Obama wins, he can claim a national mandate for his socialist agenda. If he gets a filibuster-proof majority of Democrats in the Senate, he might get major planks in that radical agenda passed in the first 100 days. It's shaping up as a battle between those who create wealth and those who loot it.

And check this out!

More people are ratting out Cook County employees alleging everything from theft, sexual harassment and carrying a gun at work to bribery, mismanagement and ethics violations.

A view from across the pond

Email ThisBlogThis!Share to TwitterShare to FacebookShare to Pinterest
Labels: '08 Election 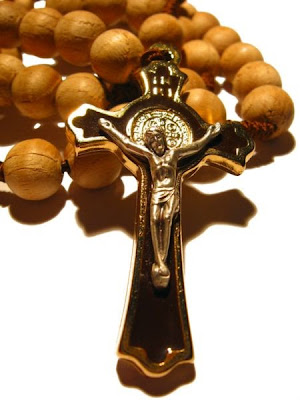 Get out your rosary! NOW! GO!