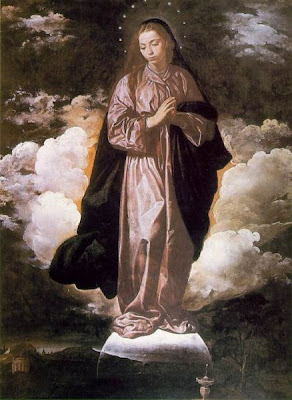 May God continue to bless this nation, under the patronage of Our Dear Blessed Mother - under the titles of the Immaculate Conception & Our Lady of Guadalupe.
Happy Fourth of July! 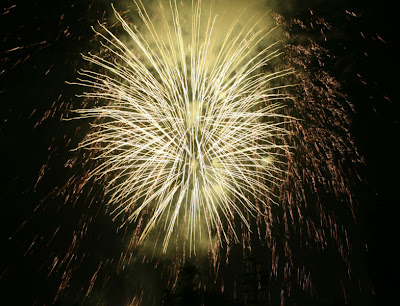 Since news of St. Louis Archbishop Raymond Burke’s appointment as prefect of the Apostolic Signatura was announced June 27, I’ve received numerous telephone calls and e-mails, from both sides of the Atlantic, posing some version of the following question: Was this a case of what the Italians call promuovere per rimuovere … promoting someone in order to get rid of him?

Email ThisBlogThis!Share to TwitterShare to FacebookShare to Pinterest
Labels: Pro-Life

Pray at the Pump!

Email ThisBlogThis!Share to TwitterShare to FacebookShare to Pinterest
Labels: Prayer

Email ThisBlogThis!Share to TwitterShare to FacebookShare to Pinterest
Labels: Oprah

Eckhart Tolle: This man could change your life

Cyprus moves to ratify EU treaty despite Irish no vote

Email ThisBlogThis!Share to TwitterShare to FacebookShare to Pinterest
Labels: EU

Email ThisBlogThis!Share to TwitterShare to FacebookShare to Pinterest
Labels: Abortion

This is Obama's website....
"Marxists/Socialists/Communists for Obama"
PRAY & OFFER PENANCE!
Will you join me in taking an hour before the Blessed Sacrament - www.savior.org - for your country?
at 7/02/2008 06:59:00 AM No comments:

Feast Day & Month of the Most Precious Blood of JESUS

"Precious Blood, Ocean of Divine Mercy, flow upon us!


Precious Blood, Most Pure offering, procure us every grace!


Precious Blood, Hope and refuge of sinners, atone for us!


Precious Blood, Delight of the Holy Souls, draw us! Amen.”

The Litany of the Most Precious Blood


3 Acts of Consecration to the Precious Blood

Fr. Mark -St. Catherine - And Tasting of His Roseate Blood,


The Inner Sanctuary Beyond the Veil, & The Most Precious Blood.

For Immediate Release
Contact: Mary Ann Kreitzer
E-mail: kreitzr1@shentel.net Phone: (540) 459-9493
Arrivederci, Archbishop Burke
(June 28, 2008) -- In a letter to Archbishop Raymond Burke, members of the Catholic Media Coalition expressed their deep gratitude and best wishes to a cleric they called, “A bishop after God’s own heart.” The long-rumored appointment of Archbishop Burke as Prefect of the Apostolic Signatura, the highest ecclesial court, came on June 27th, the feast of St. Cyril of Alexandria. Mary Ann Kreitzer, CMC president, commented that, “It was a particularly appropriate day to announce Archbishop Burke’s appointment. St. Cyril battled the Nestorian heresy that denied the divinity of Christ. “That heresy thrives in our modern culture,” Kreitzer said. “Many Catholics no longer believe in the divinity of Christ because of the bishops’ failure to teach and anti-Catholic works like the DaVinci Code. Against that sad background, Archbishop Burke stands out as a champion of Catholic doctrine, a clear and articulate defender of the faith.” CMC expressed particular appreciation to Archbishop Burke for his great courage and witness for:
· Publicly defending the Holy Eucharist: In 2004 Archbishop Burke said he would deny Holy Communion to Senator John Kerry and other Catholic politicians who support abortion. He also admonished pro-abortion Catholics in the pew to refrain from receiving Communion.
· Resigning as Chairman of the board of Cardinal Glennon Children’s Hospital Foundation when they refused to disinvite radical pro-abortion singer Sheryl Crow to head up a benefit concert.
· Confronting the scandal of Coach Rick Majerus publicly supporting abortion and embryonic stem cell research.
· For excommunicating Rose Hudson, Elsie McGrath, and fake bishop Patricia Fresen for an act of schism in attempting the ordination of the two women.
· Advancing the Institute of Christ the King to restore the Traditional Latin Mass and promoting solid vocations to the priesthood.
· Fostering the Marian Catechist Movement founded by Fr. John Hardon to teach the authentic Catholic faith based on fidelity to the pope and the doctrine of the Church.

“We are grateful, “ Kreitzer said, “for having such a faithful apostle in the United States. Not only has Archbishop Burke given us hope, he has given us an example of how to speak the truth in love. We are confident that in his new role we will see greater justice especially to priests punished and silenced for their orthodoxy. Arrivederci, Archbishop Burke, we love you.”
CMC is an organization of Catholic writers, webmasters, editors, and others engaged in producing media for and about the Catholic Church. Its members live and work throughout the United States, and represent different approved Catholic Rites. They invite all practicing Catholic members of the media who are loyal to the Magisterium and to Church teaching to join CMC, whose mission is to "report truthfully about the Catholic Church and to defend, foster, and spread authentic Catholic faith and culture."
CMC's Web site is http://www.catholicmediacoalition.org/
###
CMC's letter to Archbishop Raymond Burke is as follows:

Email ThisBlogThis!Share to TwitterShare to FacebookShare to Pinterest
Labels: Priests

Catholic Priest assassinated: the first in the history of Nepal

Eternal rest grant unto him, O Lord, and let perpetual light shine upon him. May his soul and the souls of all the faithful departed, through the mercy of God, rest in peace. Amen.
at 7/01/2008 08:55:00 AM No comments:

While he was in Rome receiving his pallium from Pope Benedict...

Eucharistic Cenacle in the Diocese of Tulsa

Please send your contributions toward building the Eucharistic Cenacle to:
His Excellency, The Most Reverend Edward J. Slattery Bishop of Tulsa
P. O. Box 690240, Tulsa, OK 74169-0240

Kindly indicate that your contribution is for the Cenacle of Eucharistic Adoration. Thank you for your generosity. May Our Lord Jesus Christ make the light of His Eucharistic Face shine upon you. (Fr. Mark)
at 6/30/2008 08:46:00 AM No comments:

Earlier this year, marriage advocate, Bai Macfarlane, publicly asked the Arlington Diocese to apply canon law to protect a wife and children in a scandalous divorce situation. Macfarlane sent her plea to Rev. Robert Rippy, the Arlington Diocese Defender of Justice. Fr. Rippy was provided public records showing a professed-Catholic husband impregnated an adulterous partner and was living with her and their baby. The children of his marriage (who are financially devastated with their mother) are forced to spend overnight visits with their father and his adulterous partner.

Macfarlane is the director of Mary's Advocates, upholding marriage in light of no-fault divorce. She says, "When the church in the U.S. remains silent as professed Catholics abandon their families using the civil divorce routine to pursue their individualist goals, the public is taught that the Catholic Church condones the practices of routine civil divorce."

Poor Bai, yet she's helping others while dealing with her own situation! 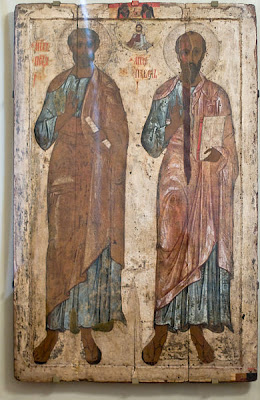