Catholic Bishops Must Change Health Care Strategy Before It's Too Late

In a statement the USCCB released to the Catholic Key blog, a bishops' representative corrects the record.
"Recently a reporter asked the staff of the U.S. Conference of Catholic Bishops whether, if the House of Representatives sent a health care reform bill to the Senate that includes acceptable pro-life language like the Stupak amendment, the Conference would defend the pro-life language against efforts by members of either political party to strike it from the bill. The staff answered yes," the statement says.
"Some took that answer out of context, and misinterpreted it as a commitment by the bishops to endorse an overall health care bill as long as it includes pro-life language. No such position has been taken," it continues.

"The Conference has said the Senate-passed health care bill fails our moral criteria and must be changed; if changes do occur the bishops would study the new bill, then develop a position based on our moral criteria," the USCCB concluded.

I happened to 'catch' this one last night....NOT GOOD!

Say your prayers for Nancy...for all of them!!!!

‘Little Women’ Talk To The FDA About Gardasil - Check out the comments too!

Are you gonna contact/call them?
Girl Scouts Distribute Planned Parenthood Sex Guide at UN Meeting
at 3/11/2010 05:11:00 PM No comments:

Email ThisBlogThis!Share to TwitterShare to FacebookShare to Pinterest
Labels: GOD, US Government

Get ready....get your duct tape too!  One more thing; remember this is Lent....


Activist judge rules ACORN has a right to your money

Email ThisBlogThis!Share to TwitterShare to FacebookShare to Pinterest
Labels: ACORN 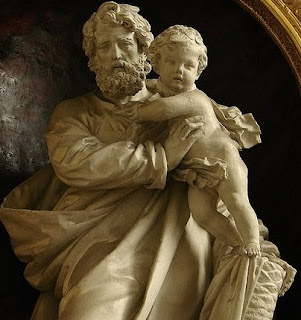 
EPIC said it obtained documents for the scanners that reveal the machines can store and transfer high quality naked images of travelers, contrary to the claims of the Transportation Security Administration.


On the airport scans, she said the level of radiation "is minimal," less than that from medical devices. Hamburg said she would like to move to a system where consumers can track accumulated exposure from X-rays and other equipment over the years.

NOT ME...I'm NOT going through those machines; give me the pat-down.

But, Fr. can handle it...he knows the tactics....and he knows how to take care of the situation and apparently so does Mr. Condit....

Please pray for Fr. Corapi.  He is scheduled for an appearance on EWTN Live- March 17th.

And last week this came out from him about his health (he's ok):

The Vatican: The 'SMOKE'

“We only know of these two men connected with the Vatican in some way, but obviously, they're talking about a ring, and a ring means definitely more people involved.”

Let the SON shine in!

Email ThisBlogThis!Share to TwitterShare to FacebookShare to Pinterest
Labels: Vatican

Did you get your form letter? We did. Weird. So 'they' send a letter to say they're sending a letter....go figure.

People spending someone else's money without caring about how its being spent. We're all gonna have to 'pay for this situation' one way or another...either spiritually or temporally.

Charges Dismissed Against Man Arrested After Questioning Rep. Kennedy on Abortion
at 3/08/2010 01:21:00 PM No comments: