I feel better because HE's in CHARGE!

First Friday - His Most Sacred Heart (a baby?)

Blessed. (Looks like the Blessed Sacrament in a beautiful Monstrance)

Good News out of SF Archdiocese

Email ThisBlogThis!Share to TwitterShare to FacebookShare to Pinterest
Labels: SF

The Rosary Batters the Gates of Hell

The feast of Our Lady of the Rosary was established by Pope Pius V on October 7th, 1572 to commemorate the great sea victory of the Christian forces over the Turks at Lepanto the previous year. It's ironic that the most inspiring devotional prayer to our sweet Lady is also, well, a weapon. A spiritual weapon to be sure, and always effective in our battle for minds, hearts and souls. While the Rosary defies strict classification by any one image, it is nonetheless a spiritual resource of immense power if only we will deepen our appreciation of it and use it for the work of the Kingdom.

Militant imagery to describe the Rosary is not just due to its deployment during the Battle of Lepanto but also to the example of some of the greatest saints who used it for spiritual warfare. St. Dominic, who is credited with inventing the devotion in the 12th century (actually it existed in some form much earlier and he popularized it), used the Rosary to combat a pernicious heresy of his day and bring people back to the Catholic Faith. St. Maximilian Kolbe led his companions in the Nazi starvation bunker by singing hymns and reciting the Rosary to keep them from losing hope in such cruel circumstances. Padre Pio, no stranger to spiritual warfare, always told the people, "The Rosary is the weapon!" That saint was known to pray as many as ninety Rosaries a day in a shortened form for which he received ecclesiastical permission. He knew what was needed to fight the devil!

Mary's Rosary is a powerful spiritual weapon for three main reasons: it is biblical, humble and repetitive. As St. Louis Marie de Montfort noted, the Rosary is not just a devotion to Mary - rather, it is a prayer through Mary directly to the Heart of Christ! That is the way Catholics pray it. Protestants, who reject Catholic prayers as being too Mary-centered, need to be shown that the Rosary consists of purely biblical prayers (the Our Father and the Hail Mary)! We also need to educate them that the goal of the prayer is meditation on the Mystery of Christ revealed to us in Scripture and Tradition. With the addition of the Luminous Mysteries by Pope John Paul II in 2002, the biblical reflection on the Life and Ministry of Christ is complete.

The Christian virtue of humility inevitably shatters the devil's pride, and to that end, the Rosary is not a glorious sacrament but a humble devotion. The Rosary can be prayed communally but it can never really be prayed ostentatiously. The meditation of the Rosary is not on one's self, it is on God. The Rosary teaches the most important lessons of faith with simple images, not esoteric learning. It also teaches the fundamental Christian virtues which St. John Vianney says are bound together by humility like the chain of a Rosary binds together all the beads! There is nothing about the Rosary which inspires arrogance, and that is why the devil hates it with a passion. He just can't break its humility.

Finally, its repetitive intercession gives the Rosary a transformative strength that can only be likened to the slow force of the ancient streams that cut the Grand Canyon out of solid rock over thousands of years. It is an unstoppable force of good if only the people who pray it will not cease to pray for their intentions! This prayer is meaningful, meditative and pregnant with Our Lady's presence which is always the most sure way to send any prayer to heaven. After all, She is the one who, we are told, will crush the head of the serpent; She reverses the ancient curse of Eve; She batters the gates of hell with a weapon in the form of a chain.

Pray the Rosary assiduously each day, and Mary will battle with you. Whatever gates of hell you are fighting...they shall not prevail!


I felt like I was watching a football game...how about you?

Feast of the Guardian Angels 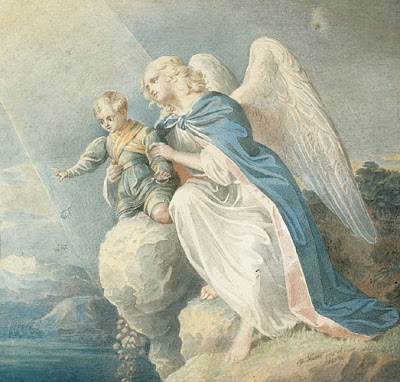 See Fr. Mark's Post: My Friend
On this day-feast of the Guardian Angels, let us ask that all our Guardian Angels assist this nation in hearing HIS TRUTH and...we ask that Sarah's Guardian Angel -be at her side, to light and guard, rule and guide her in all she says and does most especially this night and always and forever.

What comfort today to know that the debates will be on tv and that all the world will see Sarah and her faith. What is her faith? SHE PLACES ALL HER TRUST IN HIM!

How awesome this will be for all the world to see.

Let us also pray, that in this revelation, that all minds, ears, hearts will be open to HIS truth and that they accept, internalize, and utilize HIS truth to do the WILL of THE FATHER.

May HIS MOST PRECIOUS BLOOD POUR DOWN on Sarah Palin, her family, The McCains, and this country.

Many were/are outraged over the You Tube Host Desecration videos so much so that a petition campaign to You Tube was initiated and all videos (by fsmdude) were supposedly removed from You Tube earlier this week, but, it appears they've been re-posted or were never removed.

Prayer of Reparation
O Most Holy Trinity, Father, Son and Holy Spirit, I adore thee profoundly. I offer thee the most precious Body, Blood, Soul and Divinity of Jesus Christ, present in all the tabernacles of the world, in reparation for the outrages, sacrileges and indifferences
by which He is offended. By the infinite merits of the Sacred Heart of Jesus, and the Immaculate Heart of Mary, I beg of thee the conversion of poor sinners.
Eucharistic Prayer
Most Holy Trinity, I adore you! My God, my god, I love you in the Most Blessed Sacrament!
at 10/02/2008 12:38:00 PM No comments:

Email ThisBlogThis!Share to TwitterShare to FacebookShare to Pinterest
Labels: Prayers of Reparation

ST. THÉRÈSE OF THE CHILD JESUS

We live in such an AWESOME TIME! And what graces and opportunities HE is giving us in this moment. St. Therese longed to be a missionary and could not.

How awesome is it that WE CAN be missionaries from the comforts of our homes and within our own families?

We're all apart of this battle and we need to continue onward and upward no matter the outcome....as LONG as we can breathe and pray we can and shall do ALL THINGS THROUGH HIM THAT GIVES US STRENGTH! Philippians 3 & Philippians 4:13

MAY HIS MOST PRECIOUS BLOOD POUR DOWN UPON THE STATE OF OHIO AND ALL THOSE THAT ARE VOTING THIS DAY!

Please alert your families and friends for the need of prayer most especially today and for the Election.
at 10/01/2008 12:26:00 PM No comments:

Why isn't someone reporting on these situations?


Senator Obama and the DNC file for dismissal of Berg vs. Obama


Berg to File Opposition to Obama's Motion to Dismiss Today


Using fear to get the US citizens to give up all their GOD-GIVEN FREEDOMS! NOT!
Barack Obama and the Strategy of Manufactured Crisis

'V/t to The Anchoress and Rush Limbaugh.

More on the Financial 'Crisis'

THE CREDIT CRUNCH THAT NEVER WAS, IS OVER

Shocking Video Unearthed Democrats in their own words Covering up the Fannie Mae, Freddie Mac Scam that caused our Economic Crisis