***Update: I don't know what they are saying. There's enough confusion in the audio to cause your ear to hear 2 different things. And more to the point is it Christian or appropriate to be screaming let us in at the doors of a private office building?

A Pattern of Behavior

1. WGN - Milt Rosenberg & Stanley Kurtz - (A prime example that 'they' are coming down the pike with the whatever type of Fairness Doctrine) Audio -

2. An email blast was sent out to Obama followers to shut down the WGN radio interview - Obama Campaign Tries to Shut Down Chicago Radio Show (Again, another prime example of the Fairness Doc. coming down the pike)

"There is a lot of disinformation about health insurance reform out there, spanning from control of personal finances to end of life care. These rumors often travel just below the surface via chain emails or through casual conversation. Since we can�t keep track of all of them here at the White House, we�re asking for your help. If you get an email or see something on the web about health insurance reform that seems fishy, send it to flag@whitehouse.gov."

Reminder: The Constitution - According to Obama 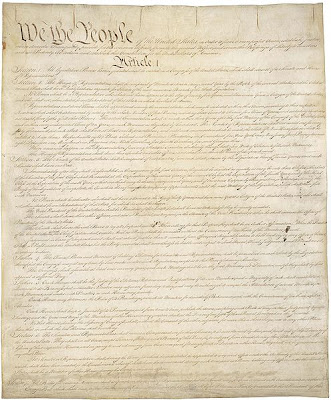 Email ThisBlogThis!Share to TwitterShare to FacebookShare to Pinterest
Labels: Constitution

MUST LISTEN -> Audio <- MUST LISTEN!
Inside Obama's Acorn

Anatomy of a Shakedown

Pragmatic Politics, Forged on the South Side

(2008) Obama to amend report on $800,000 in spending -SEE THE $ NUMBERS
"Money flows back and forth between ACORN, Citizens Services Inc., Project Vote and Communities Voting Together. ACORN posts job ads for Citizens Services and Project Vote. Communities Voting Together contributed $60,000 to Citizens Services Inc., for example, in November 2005, according to a posting on CampaignMoney.com. Project Vote has hired ACORN and CSI as its highest paid contractors, paying ACORN $4,649,037 in 2006 and CSI $779,016 in 2006, according to Terry of the Consumers Rights League."
at 9/16/2009 07:38:00 PM 1 comment:

Email ThisBlogThis!Share to TwitterShare to FacebookShare to Pinterest
Labels: ACORN

While Banner admits that some stories may get more attention on cable, blogs or talk radio, it doesn’t mean they’re suited for the “World News” audience. “There’s a tremendous amount of – for lack of a better word – ‘noise’ out there. We’re not in the business of noise.”

This is really the only title that adequately describes the murderous movement known as "pro-choice" or "pro-abortion." It is now frightening, thought not at all surprising, how absolutely hardened and inhumane our culture has become because of this satanic force that has grown strong through 36 years of wholesale murder of God's precious innocents. The pro-choice movement has made murder just a casual pastime now, part of the general round of things that the news reports routinely. Yet, how surprised should we be at this when we stand back and see the unclean spirit that is behind the movement whose sole motivation is death? The fruits of this movement are universally demonic: a callous disregard for the sanctity of life, the insane promotion of death through lies, distortions and hate-filled propaganda. The nastiness of this movement is no longer able to be contained.

If this were not evident prior to last Friday, then the killing of pro-life activist Jim Pouillon in Michigan on the eighth anniversary of 9-11 should make it clear. Literally every major pro-life organization condemned in categorical terms the killing of abortionist George Tiller immediately as it happened this summer, but we are still waiting to hear an outright condemnation of Pouillon's murder from Planned Parenthood or the National Organization for Women and other organizations that profit from and justify baby-killing. NARAL issued a pathetic "condemnation" which refused to recognize the anti-life motivation for this killing. After all, lies and killing are the business of these organizations: at six weeks, sixteen weeks or sixty-two years in Jim's case, they have no regard for the protection of the innocent if it does not support their anti-life agenda.

The summit of viciousness had to come, however, from the media, the propaganda mouthpiece for the killing industry. A local paper, The Flint Journal, published within 24 hours the entire legal record of the victim, including dismissed misdemeanors and traffic violations. Outside of the fact that this man was arrested and penalized numerous times precisely for his pro-life activism, have we ever heard of such a diabolic mockery of an innocent man's death? As far as I am concerned, Jim Pouillon will be granted a chance to stand up and testify against the editors of The Flint Journal on the day of their judgment. He will convict them of every vicious word. Woe to those journalists of iniquity! Their names will be blotted out of the Book of Life because they are sadistic enemies of life.

The evidence of pro-abortion viciousness is all around us for those who have eyes to see. HLI has documented thousands of cases of abortion violence and published the information on a special website (www.abortionviolence.com). It should convince any reader that the pro-death movement is the most violent and hateful social movement ever known to man, without exception.


•One way to stop these nuts
•Maybe the rest of these anti abortion nut-jobs will get a hint that people don't want to see these signs.
•I'm glad this kook is gone.
•Oh well
•Just consider it a retroactive abortion on another right wing whack job. No great loss. (This one was posted by a man calling himself Dave Devilish...)
•kooks
•I've never seen this man before, but I've seen others like him. The signs are so offensive that the issue becomes about the sign instead of being about abortion. He hurts the pro-life cause and I'm glad that he's gone.
•Good!
•One less Democracy-hating fundie terrorist to put up with. Did they think Americans would just allow them to go around stalking & murdering people and not face the backlash? He was harassing schoolchildren, and he got what was coming to him.
•Pro-life = Anti-abortion
•Since most "pro-lifers" I've spoken with are in favor of capital punishment, one can't help but marvel at their hypocrisy.
•Religion is poison-a late-stage cancer in our world.
In sum, although these are just a sampling of the reactions of some anti-life Americans, we can be assured that the vicious spirit runs deep in our country. As people of faith it is our responsibility to get on our knees and pray that God will cleanse our national conscience of this evil and restore our nation to a culture of life.

About the Author
SL Archives
Donate

Cascading applause as Obama says he wants to rebuild an economy in which prosperity is broadly shared -- "That's the future I've been working to build from the moment I took office."

Our Lady of Sorrows 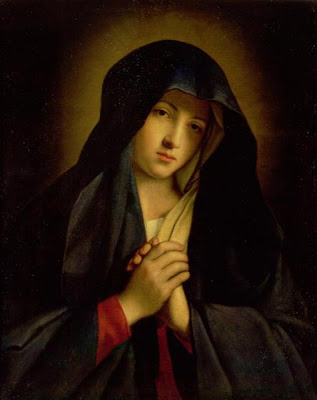 GOP's Pence: 'You look like the cavalry to me'
'I believe we are on the verge of a great American awakening'

Mark McKinnon, a former adviser to Sen. John McCain (Ariz.) and other Republicans, said there is an "opportunity for Republicans" to tap into legitimate fears about an overreaching federal government. But he said that "right-wing nutballs are aligning themselves with these movements" and are dominating media coverage.

"It's bad for Republicans because in the absence of any real leadership, the freaks fill the void and define the party," McKinnon said.